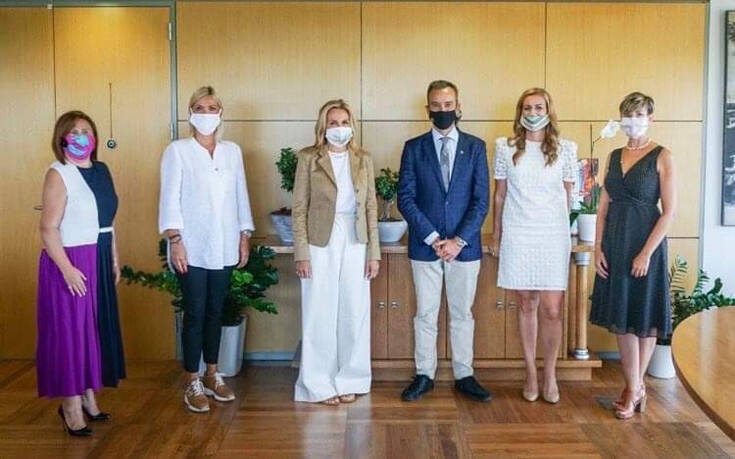 The event was attended by the US Consul General in Thessaloniki Elizabeth K. Lee, the Head of the Office of the Prime Minister in Thessaloniki Maria Antoniou as well as the Secretary General of Family Policy and Gender Equality Maria Syreggela.